Funded by the National Science Foundation, the Arthur Vining Davis Foundations, and the Camille and Henry Dreyfus Foundation, the project is produced by Moreno/Lyons Productions, a Boston company headed by two longtime contributors to public television, in association with Oregon Public Broadcasting, a leading producer of programming for PBS. Project Director Stephen Lyons has a long track record of developing and producing PBS science programs, including “Forgotten Genius,” the Emmy Award-winning two-hour NOVA profile of the late African American chemist Percy Julian. On The Mystery of Matter, Lyons is collaborating with Muffie Meyer of Middlemarch Films, director of such award-winning PBS series as Liberty! and Benjamin Franklin. Education Development Center, Inc., is developing the Teacher’s Edition & Guide, and the American Chemical Society has offered to make The Mystery of Matter a focus of National Chemistry Week during the year of the broadcast. 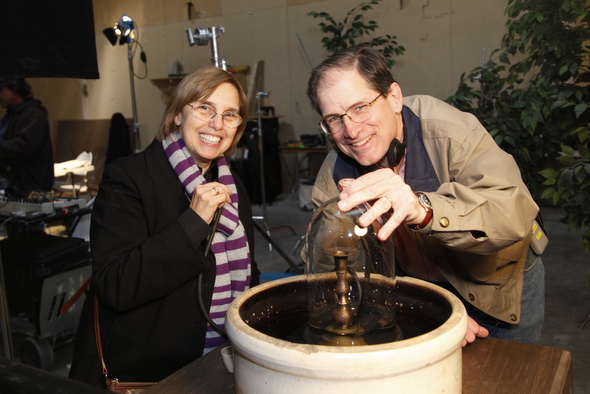